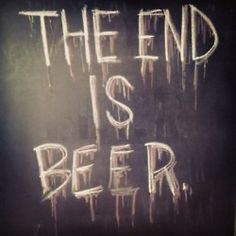 Look at this bullshit headline:

And I’m not some ignorant hack spewing an argument based on gut reaction. Well, okay, it’s a gut reaction. But I really was in the inventory distribution business (I was a planner and an analyst) before quitting to work for myself in the hockey world. I do know what I’m talking about. And logistics and operations took up several courses in University.

This is Molson’s and Labatt’s lobbying at its finest. What do they lose? Well, exclusive rights to set the market as they see fit and profit 100% in their massive duopoly. They are losing the fight at Queen’s Park, so they are taking it to the press. My guess? “Here Mr. Publisher, a free trip to Hawaii!”, “Here Mr. Editor, we’ll lease this nice car for you!” , “And hey, if you don’t mind, tell your readers how much distribution will cost them if we go to corner stores.” (Okay, actually, what probably went down is paying triple for advertising, or buying an extended year of ads or sponsorship in exchange for the friendly article, but the point remains)

The thing is – this will work. It always does. You see it all the time in politics. You can see it in this article’s poll that the readers are swallowing it. If Doug Ford is for it, then we have to be against it, right? Sheep.

If the cost goes up it will be because the brewers raise prices as punishment, not to offset these imaginary costs. The costs will increase, but not $1 billion. Not close. And as Ford says (not a Ford backer, but on this he is right) – costs will be offset by increased sales. If beer doesn’t sell in a certain store, they won’t waste the shelf space. They will only give up shelf space if beer sales justify it. This means good, strong sales – ergo the costs of distribution will justify them.

With added competition, this will mean that the weaker Beer Stores will have to close. Lost jobs. Union jobs. Yes, that’s a downside. But speaking strictly on financial terms this will also help keep costs down – capital costs, labor costs, labor pay gets reined in, etc. But in capitalism if a store can’t pull its weight it should close. By the same token, the price freeze is bullshit too – the market needs to determine the cost of beer. So we have to compensate for Kathleen Wynne’s mistake of negotiating a price freeze. But if we do that, then doesn’t that further offset these so-called $1 billion distribution costs? I mean…that compensation goes directly to Molson and Labatts bottom line, right? Right?

Please, don’t gobble up the slop that the lobbyists are feeding you. And shame on you Toronto Star for giving them this platform. Don’t forget, Toronto Star, how much Molson and Labatts contributed to the Liberal campaign (and the PC one for that matter) in the last election.

We are not a nanny state. Beer needs to be in corner stores the way it is…pretty much everywhere else. There will be growing pains, but once it becomes the norm in society, we will be better for it.

The article also seriously lacks in clarity when it comes to describing the terms of the agreement, when the agreement expires, and what are the costs of keeping the agreement until the end date.

Some quotes from that article:

“I would say this is irresponsible, this is fear-mongering, this is trying to create chaos …,”

“I’m surprised a bit that people aren’t even showing up and showing their face and … making these comments publicly with attribution. This is from backroom folks who are trying to protect some special interest,”

This is exactly my point. Hopefully most readers see through as quickly as I did. But I fear that won’t be the case…

PS – Dear TorStar, open the comments back up so I don’t have to go over to my blog to vent